Judge or Jury: What’s Best for Your Personal Injury Trial? 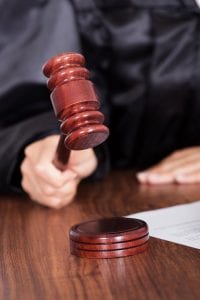 In Nebraska, when you bring a lawsuit against someone, you are entitled to have the trial decided by either a judge or jury. However, many personal injury clients wonder which is better. The answer to this question is somewhat complicated and will largely depend on the following factors:

—The political leaning of the potential jurors where the trial will be held;

—The economic situation of the average juror where the trial will be held;

—Whether either party is well known in the community;

—Whether or not there is a question of who is at fault;

—Whether the case involves a lot intricate legal matters that will be difficult for the jury to understand; and

—Other factors that come into play

A Trial by Judge (Bench trial)

In this situation, the judge will decide whether or not you have proven your case and if so, how much compensation you are entitled to receive. The judge will make this determination after reviewing all of the evidence and deciding upon all of the issues of fact and law.

Issues of fact pertain to the facts surrounding when, where, how, and by whom you were injured. This requires the judge to evaluate all of the evidence, including:

In addition to issues of fact, the judge must also decide issues of law, such as, whether a statement or piece of evidence is admissible or not.

Frequently during the trial, an attorney will make objections to a statement or pieces of evidence presented by the other side. These objections will be either sustained or overruled by the judge depending on whether or not he or she believe the evidence being presented is admissible.

A piece of evidence is typically admissible if it does not violate the rules of the court or the defendant’s constitutional rights. If it does either, the evidence will be deemed inadmissible and will not be allowed in court.

A Trial By Jury

With a trial by jury in Nebraska, the judge still decides the issues of law, but a 6 or 12 person jury will decide issues of fact. In other words, the judge will decide which evidence is admissible and, based on that evidence, the jury will decide whether or not the defendant is liable to compensate you and to what extent. Most Nebraska personal injury clients choose to have their cases heard by a jury instead of a judge.

Why a Jury Instead of a Judge?

The general census through the legal system is that injury victims stand a much better chance of being fully compensated for their injuries if their case is being heard by a jury. This is not always true, of course. However, many attorneys believe that because judges hear thousands of cases every year, their opinions are often jaded. On the other hand, jury members are more open minded and can, therefore, be persuaded by the attorney’s argument.